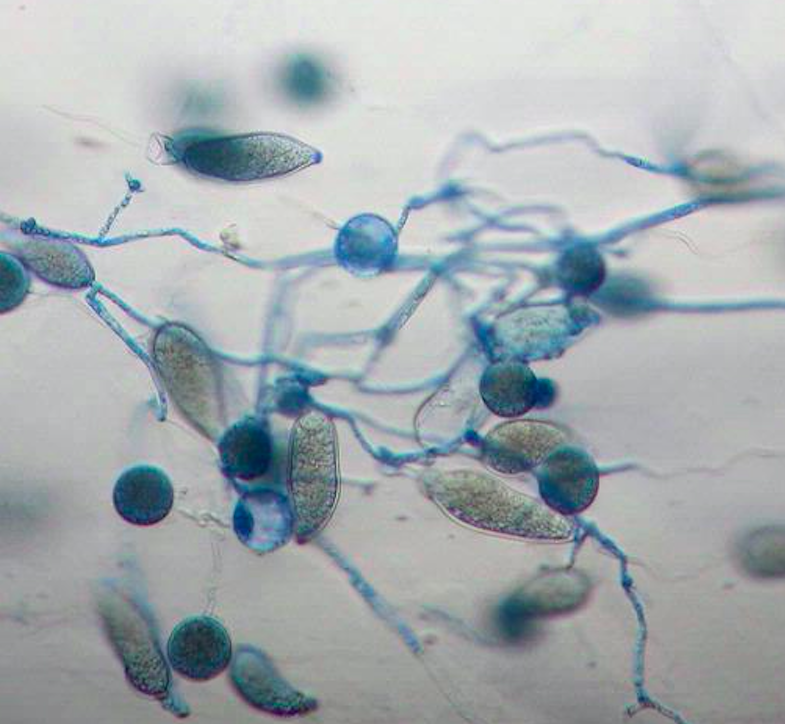 Phytophthora palmivora is a cosmopolitan pathogen with a wide host range, including some very important economic crops such as cacao, papaya, black pepper, rubber, coconut, and citrus. The center of origin is believed to be southeastern Asia (McHaw and Coffey, 1994). In 1907, Butler originally described a new species, Pythium palmivorum, from palms and coconut. In 1918 it was reclassified as Phytophthora palmivora (R einking, 1923). P. palmivora was placed in morphological group II by Stamps et al. (1990) and in clade 4 (Balci et al., 2008; Cooke et al., 2000) on the basis of I... [more]